The Phryhian mode is an exotic sounding scale frequently associated with Spanish and Flamenco music. It has a very distinctive eastern vibe to it. It is also regularly used by metal guitar players because of the dark atmosphere it can create.

Phrygian is the third degree of the major scale. It is a type of minor scale because it has a b3 (minor third). It also has a flattened 2nd giving it its dark and mystical vibe.

Here are the common patterns for the Phrygian mode on guitar: 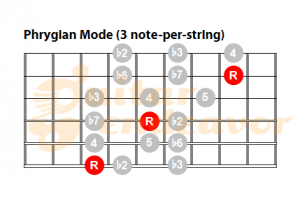 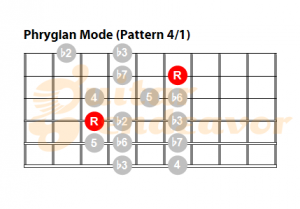 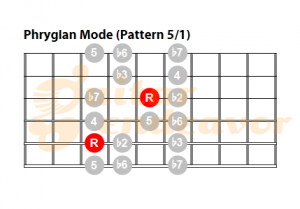 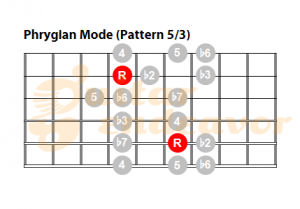 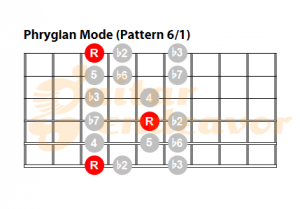 How to Play the Minor Blues Scale on Guitar?

What is the Blues Scale (Minor Pentatonic) and How to Play it on Guitar? The…