The major blues scale is widely used in jazz and blues guitar playing. It has the same notes as the major pentatonic scale with an added b3. This specific note adds the bluesy touch to its sound.

How to Build the Major Blues Scale

The Difference Between the Major and the Pentatonic Blues Scales

Improvising with the major blues scale may be more complex than using the pentatonic blues scale. The main difference is that when playing over a blues progression you would typically have to change scales to fit the chord changes.

On the other end, you could keep improvising with one scale if you are using the pentatonic blues scale.

In fact, many bluesmen tend to stick to the pentatonic blues scale when improvising (whether the song is major or minor). If they use the major blues scale, they will mostly play it over the root chord. This prevents any “wrong” notes choices and make the soloing sound more “blues” and not so “jazzy”.

They are no hard rules here and feel free to experiment.

How to Play the Major Blues Scale 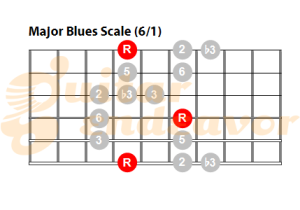 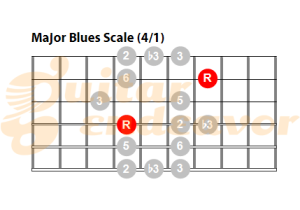 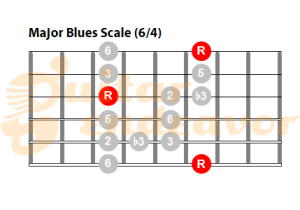 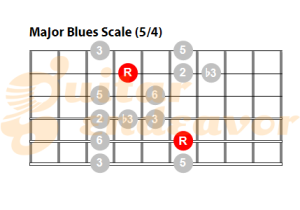 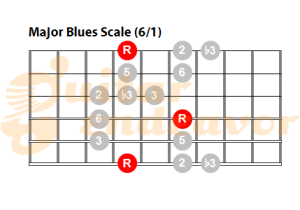 Spice up Your Blues Using the BB King Scale

The major scale patterns on guitar

The major scale is undoubtedly the best-known scale. In fact, everyone knows it (kind of).…