The Dorian Mode is a minor type of scale. It is a very widely used scale across multiple genres and often associated with blues and jazz guitar playing. The Dorian Mode is the second of the seven major musical modes.

It is a minor type scale because it as a b3 (minor third) but unlike the Natural Minor scale, it has a major 6th note giving it its very distinctive sound. It gives it a mystical and sweet touch.

This gives the following scale degrees:

Here are the common Dorian Mode patterns for guitar: 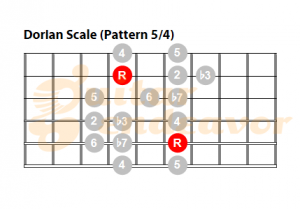 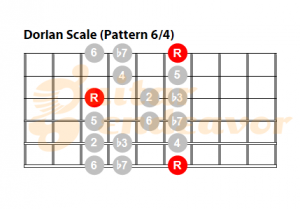 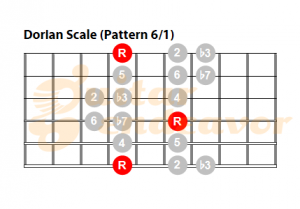 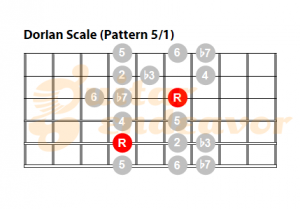 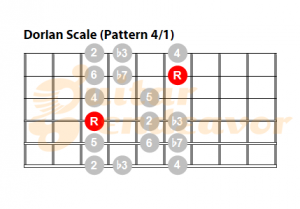 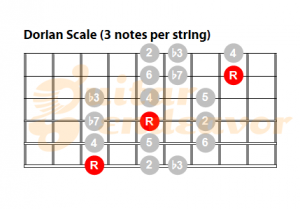 String Skipping: What You Need to Know and How to Add it to Your Own Guitar Playing.

String skipping is guitar a technique popularized by musicians in the 80’s and 90’s. They…